How are retailers still allowed to sell these? 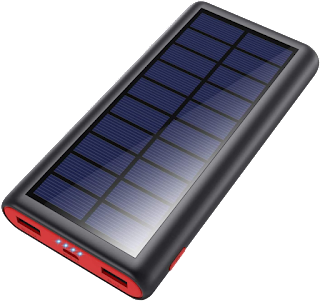 I don't mean power banks in general, they're useful devices and I use a few myself. What I'm referring to specifically here is the type of power bank that includes a small solar panel on it to "charge" the power bank using nothing but light.

These devices are actually quite dangerous, which explains why the only companies manufacturing them are brands, usually Chinese, with a brand name that looks like a Scrabble hand, who use the cheapest components possible.

The capacity of the batteries is significant. OK, you can't always trust the published specifications of these things from less reputable brands, but even so, you're going to end up with a battery pack with a capacity of several thousand milliampere-hours. Let's assume we're working with a 20,000 mAh pack here. Let's also assume that the capacity that the manufacturer is boasting is actually honest and that it really is the advertised 20,000 mAh. Note that this does not mean that you can draw 1000 mA from the USB output for 20 hours, the figure of 20,000 refers to the capacity of the batteries, which are usually lithium-polymer batteries with a nominal voltage of 3.7V. Expressing the battery capacity in milliwatt-hours rather than milliampere-hours gives us a quantity that's much closer to the actual amount of energy stored in the battery. To get that, we simply multiply the capacity in mAh by the nominal voltage, which gives us 74,000 mWh.

What does this mean for the device that I'm trying to charge with a power bank?

The electronics inside the power bank that convert the 3.7V from the Li-Po cells into 5V for the USB outputs are never 100% efficient; some of the energy from the battery is lost in Joule effect mostly (heat dissipation), usually around 15%, on the way out, so the efficiency is closer to 85%. This means that you only get 85% of your 74,000 mWh back out of the pack when you're charging your mobile phone, i.e. roughly 63,000 mWh. At a voltage of 5V, that works out at 12,600 mAh. You only get around 12.6 hours at 1000 mA under 5V, not 20 hours. So, as a general rule, when a manufacturer says that the capacity of their power bank is 'x' number of mAh, you take 63% of that value to get an idea of what you can actually get out of it through its USB port(s).

Now let's look at the charging circuitry. It's never 100% efficient either. It suffers the same losses as the output inverters for the same reasons (it's actually the same kind of circuit), meaning that only 85% of the energy put into the pack actually makes it into the batteries. In reality, this means that we need to pump some 87000 mWh into the pack to charge it fully.

OK, so how much energy do these small solar panels actually provide?

"The standard solar panel has an input rate of around 1000 Watts per square metre, and the majority of solar panels available have [an efficiency of] around 15-20%". Note that this is referring to the kind of solar panel that you put on your roof to generate power for your home, and these are much more efficient than the cheap photovoltaic cells to be found on these power banks or on dual power calculators etc. but let's be charitable and just work at the lower end, assuming 15% efficiency, so 150 W/m2.

How big are the cells? I had such a power bank until I decided to get rid of it. The photovoltaic cell on it was 12cm by 6.5cm. That's 0.0078m2, meaning that the thing should be able to produce around 1.17 Watts when in direct sunlight. Far less than that if you live in a part of the world that never really gets direct sunlight, so let's halve that for normal, everyday conditions: 0.585 W, i.e. 585 mW.

I therefore have a photovoltaic cell providing 585 mW and I need 87,000 mWh of energy to charge the battery pack. This means that I'd need to wait almost 150 hours for the PV cell to charge the pack. At an average of 12 hours of daylight per day throughout the year, we're talking 12 days charging time.

Conclusion: the cheap and minute PV cells put on these devices don't really make any significant difference to the battery life of these packs. All they do is look "good" (because "renewable energy" and all that) and drive the cost up.

This leads to the other phenomenon that really makes these things dangerous.

What is someone who doesn't know about Li-Po battery technology and its limitations (i.e. most consumers) going to do? They're going to put the battery pack in direct sunlight to maximise the PV cell's power output. What's going to happen then? The battery pack is going to heat up. Significantly. It can conceivably become too hot to touch.

What happens to Li-Po batteries when you try to charge them hot? There are two possibilities here. The first possibility is that the charge-limiting circuitry built into the pack will kick in and prevent the PV cell from charging the batteries any further. In other words, the PV cell becomes totally ineffective and it'll take even longer than 12 days to charge up your battery pack.

The second possibility is a result of the manufacturer cutting corners to make the device as cheap as possible. They don't bother with the thermal shut-off and continue charging the batteries, the cheapest and least reliable ones they could find to throw in the pack, regardless. What happens then? 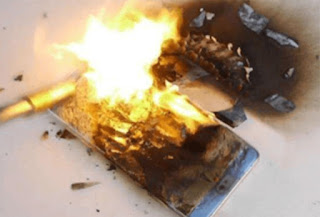 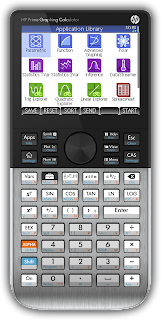