The much awaited update landed on my own N9 yesterday.

At first sight there's nothing really new in it despite Nokia's surprisingly undetailed claims of over 1000 improvements in various areas (see here).

As far as I can see there are only 3 visual changes, but it goes a little deeper than that. Read on...

Firstly, there is now a small status icon that appears when the phone's "beep" profile is selected (see photo to the right, screenshot of the top-right corner of the display). Previously, there was only such an icon when the phone was in silent mode, a similar musical note with a bar through it.

Secondly, the UI seems to be a bit more fluid. Scrolling through photos in the gallery, entries in the music player or tweets in the twitter app seems less jerky than previously. 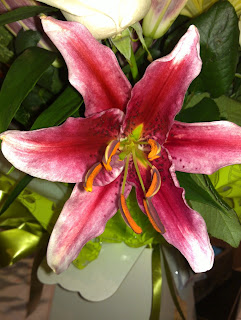 Finally, there has been some improvement to the camera. Focussing seems to be improved, as does the camera's ability to function in poor lighting conditions. The photo on the left provides an example of this. Click here to view the image in its full 8MP resolution.

All of this looks all well and good, but there was another, less visible change that was troubling me somewhat, and that was much increased power usage.

I use a small app called Battery Usage to monitor the charge state of my phone's battery and to see what particular apps are draining the power. It serves as a handy diagnostic tool in discovering anomalies such as I have discovered since updating to PR1.3.

Under PR1.2, with WiFi switched on and connected to the wireless router, bluetooth switched on but not connected to anything, network mode set to "dual" in a zone (at work) with good 3G coverage, the average idle power consumption would settle in the 10mA to 12mA range. Even less if I placed the phone face downwards, thus causing the screen to switch off. With the phone in flight mode and with power saving mode engaged overnight, it would drop as low as 6mA.

Shortly after updating, I noticed that the idle drain had jumped to over 30mA thanks to the Battery Usage app issuing a power drain warning. The only thing that had changed since the previous situation with readings at a third of that level was the update. Something in PR1.3 was causing the phone to eat more power than before.

Thanks to @ibrakalifapuspa on twitter, who gave me a tip on getting the power drain back down again (switch to flight mode with power saving mode engaged for an hour, then back to normal settings), I was able to narrow the problem down to the bluetooth stack.

Given the unlikelihood of there ever being an update to the N9's firmware (Nokia's MeeGo dev team jumped ship shortly after the release of the update), this bug will probably never be fixed now, so while I used to dismiss the old "switch bluetooth off to save power" adage, it has now become true.

With bluetooth switched off, I can get the idle power drain down to about 15mA, which is still marginally above what it used to be, so there's something else eating a bit more power than before. I have no way of proving this but I think it's the RF receiver. The reason I think it's that is because I live in an area with extremely poor coverage. There's a dense row of trees between me and the base station that's located well over a mile away, so the only way I can get a signal at home is to go upstairs or to go outside, and even that doesn't always suffice. Right now, the signal strength indicator on my screen is showing 3 bars out of 5, which is more than I've ever had in this room, especially in Summer when the tree line is even denser than it is the rest of the year. Could it be that more power is being thrown at the receiver, thus boosting the gain and allowing the phone to acquire a better signal? 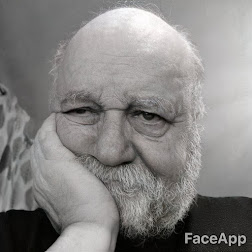