Plenty of fun to come! 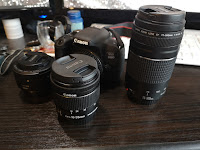 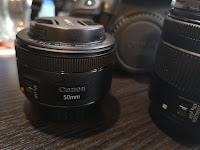 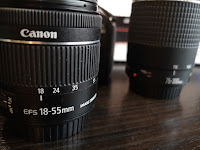 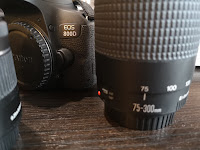 Am I a good photographer? Am I heck! But I do want to learn, and think the only way to learn techniques that are equally valid both in digital photography and in traditional 35mm film photography is to use a reflex camera with interchangeable lenses. A compact job won't cut it. A camera phone? Forget it!

So, bit of a mid-life crisis :) I splurged out some of my savings on a Canon EOS 800D back that came with an 18-55mm zoom lens. I also bought a couple of different lenses to use with it.

The 800D is not a professional camera. It's amateur but high-end amateur. I didn't want to spend huge amounts of money on something that will only be a passing fad, but then again I wanted to put enough into it to give me the best chance of seeing good results and being able to monitor progress.

The sensor is not a full-frame sensor, it's an APS-C sensor but the results are still pretty good. The lens that came with the camera in a kit is an "EF-S 18-55m f/4-5.6 IS STM" zoom lens. As it's an "EF-S" lens, it can only be mounted on cameras that have an APS-C format sensor. Focussing is achieved with a stepping motor that's very quiet and there's also a built-in image stabiliser, although I don't tend to use that because I already have pretty steady hand and it sucks up battery power.

The other lenses that I bought are a fixed focal length "EF 50mm f/1.8 STM" (great for giving bokeh with its shallow depth of field) and an entry-level "EF 75-300mm f/4-5.6 III" telephoto zoom lens. Both of these lenses have the "EF" mount and can therefore be used on a full-frame camera should I end up buying one later on.

It's early March in the North-West of the UK. This means that the weather is, err... "not conducive to going out to snap some photos" is probably the more polite way of putting it. If/when things do improve I'll no doubt be out there. I know that there can be some stunning sunrises to be seen when I'm going over the West Pennine Moors on the way to work in the morning, so I might end up taking the camera to work for a while.

In the meantime, here are a couple of tests that I did with the 75-300mm lens that is definitely a "starter" lens, not something professional, but which gave me some results that did impress me.

Firstly there's this narcissus(?), i.e. a flower about 1" in diameter, growing outside about 10 feet from the window. This wasn't the full frame, I did crop the image on the flower. 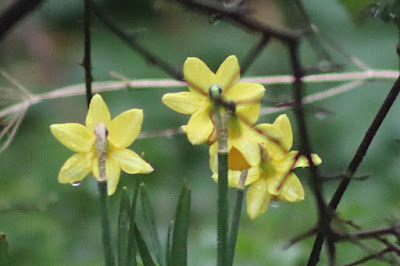 Then there's this partial shot of Tony that I took from about 6 feet from him. He hasn't had a shave in a few days and it shows! 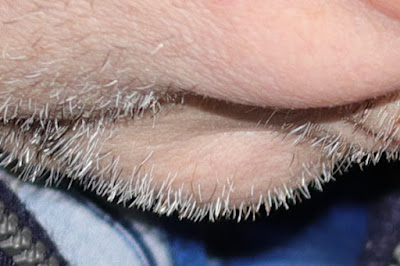 Sadly I've not yet had a chance to take the camera outside and do what you're supposed to do with a telephoto lens: shoot stuff at a distance.
at 5:09 pm No comments: